To the north of Kiev on the right bank of the Dnieper River is a small town of Toompea. It was first mentioned during the reign of Prince Vladimir the Great. However, the tradition says that before was known as Toompea Volzin or Olzhin-grad, as was a wedding gift to Prince Oleg of the future princess and wife of Prince Igor, Olga. However, at the time of Kievan Rus Vyzhgorod served as the citadel of Kiev, the fortified outpost on the outskirts of Kiev. Now he is one of the closest cities, located in the northern outskirts of the capital of Ukraine. There are many ancient monuments, modern technical facilities and natural systems.

When you prove to Vyshegorod visit the Church of St. Basil, which was built in the 19th century on the ruins of the 13th century the Mongols shrine. For the first time on this place, Prince Volodymyr the Great erected   wooden temple-tomb of Saints Boris and Gleb. In the future, his descendants have strengthened this structure, built in its place a stone cathedral in honor of the martyrs. Now the street Kalnyshevskogo is restored by architect Konstantin Ton Boris and Gleb Church. The temple has a large dome and a three-tiered bell tower. The Church of St. Basil, or, as it is called, of St. Boris and Gleb is the hallmark of Upper Town. It is located on a hill overlooking the Dnieper and can be seen from any point of the city. Carved on a stone near the inscription states that in the 10th century there was a defensive fortress Kiev.

Toompea is on the right bank of the Dnieper River in Kiev hydropower reservoir, which was launched in 1964. Slowness of the dam is 50 meters. Before the entrance to the power station you will see a large statue of iron in the form of a gull, which has spread its wings and soaring above the blue waters of the Dnieper. There is a legend related to the construction of the Kiev hydroelectric station. They say that when in the 30s of the 20th century, Joseph Stalin argued hydroelectric dam project, he set the terms of the engineers. If in the course of military operations will be blown up by the dam, water bank is to break all the buildings and bridges that are below the river. However, the accuracy of the legends has not been confirmed.

Another interesting feature of the Upper Town is a village of potters 11th century, found during archaeological excavations in the mid-20th century. Most of the finds and the most ancient village was destroyed during the construction of the city and a hydroelectric power station. However, kept one potter horn, on which was built the exposure building, and an exhibition of pottery. Here on Thursdays Vyshgorodska potters offer classes and workshops in which you can visit by looking at the pottery museum in the street Mezhyhirska Savior.

Not far from the potter's pavilion is a historical museum, which opened an exhibition dedicated to the founding of the city and its history. You will see the model of the ancient Upper Town. And in the "Cranberry House" on School Street acquainted with ancient and rare artifacts found during the excavations of the ancient city in present-day Upper Town. Here are the products of ceramics, clay, fabric, decorated in ethnic style. Attracted the attention of the oldest in Ukraine Easter egg 11th century, and the old Russian coins, jewelry. In addition, you will be able to appreciate the skill of a copy of the icon of the Mother of God Vishgorod.

Vyzhgorod worth visiting in the winter, as there is a ski complex "Vyshgora" . It is located near the banks of the Kiev reservoir on one of the mountains, the slope of which is 300 meters slowness. The entire complex is provided with the latest equipment and equipment for outdoor activities.Here you can choose the track in complexity, visit the snow park, ride at night with lighting and warming taste national drinks.

By Vyshgorod can be reached by train from Kiev "Petrovka-Vyzhgorod" or the subway station "Heroes of Dnepr" station "Pharmacy" or to "Vyshgora." 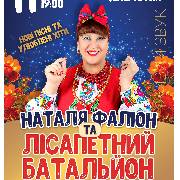