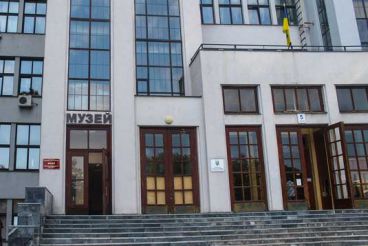 What methods are used powers? How important decisions were taken? What things used in everyday life heads high? This and other museum tells the local government, which appeared in Kharkiv. Its exposition tells about the evolution of the territorial system of governance in Kharkov in different historical periods: during the Cossacks, the clerk of the period between the USSR and in modern Ukraine.

The struggle for power, urban reform of the 19th century, regional policy, sample management community in Kharkiv, decentralization, development of local government, a combination of government with the interests of the state, especially the European integration - all these topics show through documents, books, photographs, flags, personal items heads and deputies of different times. And to touch history was more clear, the figures are even leaders of different ranks full-size rooms and interiors officials.

Museum of Local Government is a division of Kharkiv Historical Museum. It is located in the city center, Liberty Square, in the fifth building entrance House state industry. Works on weekdays from 10:00 to 17:00, admission is free.

In Ukraine, the Museum of Local Government is also in Dnipropetrovsk.