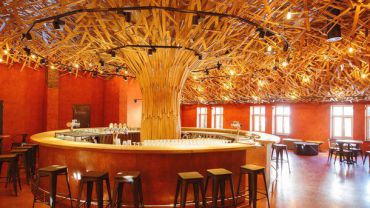 Who are the judges of this popular intoxicating drink beer does not dream to touch the traditions of Ukrainian brewers? Go through the stone paving, which still bears traces of monks brewers wonder size oak barrels, holds a ton of liquid admire the ancient circles, brought from different European countries ... To arrange a tour of this, go to Lviv .

This city has long been renowned beer traditions, in fact there is an old "Lviv Brewery". On its territory in 2005, was opened Brewery Museum, where one can plunge into the legendary amber drink.
Beer has a long history - it is still in demand in the Pharaohs, as evidenced by the exhibits featured in one of the halls of the museum. A surviving charter Lviv brewers dates back to 1425th year. A significant contribution to the development of beer culture made ​​the monks. They also became the founders of the Lviv Brewery, officially received the status in 1715. Therefore, in one of the halls of the Museum of Brewing you will meet realistic wax figures of monks Brewers.
Certainly appreciate the impressive collection of beer labels. Then there are rarities Polish times, and copies of which were issued in 60-70 years of the last century, when the "Lviv" in demand even in the walls of the Kremlin. Incidentally, during the tour, you will certainly be able to taste foamy drink in the tasting room, but if you want you can go down to the dungeons, in a beer garden.
Brewery Museum is open every day except Tuesday, from 10:30 to 18:00.

What is the best accessible to the The Brewing Museum from: