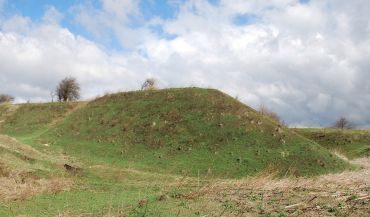 Once the glorious Zvenigorod, the capital of the Grand Duchy, it was known far beyond its borders. Now it is a small village in the Lviv region, where long ago there was no heroic battles and untouched illustrious governor. About old times reminiscent of the ancient ruins of the forgotten castle. Forgotten because he came quickly and just as quickly ceased to interest its creator.

About Zvenigorod castle there are not a lot of information. It is known that it was built in the period from 1714 to 1717 Hetman Sieniawska. The fortress was to become a strategic consolidation, but since the mid-18th century, ceased to interest its owner and is not used for its intended purpose. The castle was built on an open platform and its shape follows the structure of the ancient city of Zvenigorod. It had a rectangular plan with bastions at each corner.

Today Zvenigorod castle bears little resemblance to the majestic palace, and looks more like a vacant lot with rare ruins.

What is the best accessible to the Zvenigorod Castle from: