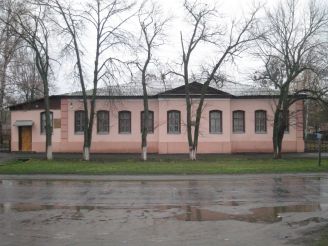 In an old one-story building of the district court in 1865 built in Lokhvytsya been posted   Local History Museum named after Pans. In 1919, the museum was founded, whose collection was located originally on the basis of real local school. G.Skovoroda - writer and thinker, a native of this region, which is why   Museum is named after the poet. Part of the exhibition is devoted to the work of the ego and life.

What is the best accessible to the Museum from: