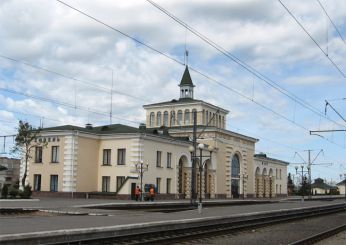 Kyiv-Brest railway brought their expense Station in Kovel. The station was built in 1837, and the trains began to run here on 15 August. Almost immediately start working in Kovel locomotive and carriage depots. With the development of railways in Kovel number of residents began to grow rapidly: in 1863 lived in just 3646 people and 30 years later (1893) the number of residents was approximately 15,116 people.

The railway station is located in Kovel on the street Veterans 1a.

What is the best accessible to the Railway station from: