Ukraine is one of the largest European countries by geographical area and is rich in natural and man-made beauties. Travellers can find here high mountains of the Carpathians and the Crimea, warm waters of the Azov Sea and the Black Sea, unforgettable architecture of ancient cities and vast space of the pristine protected steppes. It is a country of the legendary hospitality, harmoniously combined elements of folk flavour and contemporary global trends.

More than 30 nationalities live in Ukraine, though, every region and even province has its peculiarities: mines of Donets’k and churches of L’viv, Odesa humour and Poltava varenyks (dumplings), the Cossacks in Zaporizhzhia and molfars-wizzards at Transcarpathia... Each and all of them are waiting for tourists in Ukraine. You are likely to be surprised by ancient castles in Uzhhorod, Zolochiv, Khotyn, Kam’ianets’-Podil’s’kyi or Mukacheve, mineral water treatment in Truskavets, Morshyn, Svaliava, Myrhorod, extreme entertainment in the Crimean Marble or Emine Bayır Hasar Caves, as well as wine degustation in Koktebel, Masandra, Inkerman, Berehovo or abundance of water-melons and peaches in Kherson.

Kyiv is a historical heart of Ukraine. It is the biggest cultural and spiritual centre of the country. The city on the banks of the Dnipro River is famous for its beautiful chestnut alleys, golden cupolas of St Michael Cathedral, St Volodymyr’s Cathedral and Kyiv-Pechers’k Lavra. There are many museums, theatres, art galleries, and exhibition halls in Kyiv. Outdoor art exhibitions in Andriyivs’kyi Uzviz (Andrew’s Descent), unique architecture in Yaroslaviv Val Street, scenic parks and historical monuments, narrow streets and vast avenues and squares enchant and captivate travellers at any time of the year.

The Ukrainian resorts open their doors for beach lovers in Yalta and Alushta, Feodosia and Alupka, Zaliznyi Port or Kyrylivka. Cape Tarkhankut is rightly considered a popular destination for divers. Visiting the southern coast of the Crimean peninsula tourists are recommended to see the Swallow’s Nest, a castle situated on the cliff; Livadia Palace and Vorontsov Palace; the Crimean Tatar shrines in Bakhchysarai; and the city-fortress of the Middle Ages Chufut-Kale. Thousands of tourists are attracted by the unique Nikits’kyi Botanical Garden in Yalta, popular Yalta Zoo and the ruins of the ancient city of Chersonesus. Though, the most important value of the Crimea is its Black Sea and clean air, healthy mud of numerous estuaries, salt marshes, geysers and of course, plenty of fruit.

The ancient L’viv, a city of legends, ideas and discoveries, meets travellers with chocolate and coffee aroma. There are about half a thousand temples, churches and chapels, more than 20 museums and the same number of theatres there. Experienced tour-guides, themed cafes and cosy restaurants tell about the first railway and kerosene lamp, the first beer, the first printed book and much more.

Ukraine has a long earned title of the Europe’s breadbasket. Odes shall be written to praise lavish black soils and unique flora and fauna of the untouched steppes. The only desert in Europe – Oleshky Sands – neighbours with the unique Biosphere Reserve Askania Nova in Kherson region. The sanctuary, located on the territory of more than 30 thousand hectares, hosts a hundred kinds of unique animals, birds, and insects; and grows grass in a natural and untouched environment, where nature and earth have never been cultivated by people. Przewalski’s horses, bison, deer, eagles, wild boars and bears can be easily seen there.

The central part of Ukraine welcomes travellers with cool shade and the green park Sofiivka in Uman’. This masterpiece of landscape art is annually visited by more than a million of tourists. Proud Cossack Poltava and contemporary industrial Dnipropetrovs’k harmoniously neighbour with nice provincial Vinnytsia. North of the country is rich in mushrooms and berries of generous Volyn, deciduous forests of ecologically clean Chernihiv and pine forests of Zhytomyr.

After outdoor activities it’s nice to taste savoury dishes of the Ukrainian national cuisine. Each family has its own recipe of Ukrainian borsch with pampushky (kind of donuts), as well as varenyky, halushky, stuffed cabbage, salty fat, fat with pepper, spicy fat, and even chocolate covered fat, famous chicken Kyiv, as well as Kyiv cake for dessert. Among alcoholic beverages, Ukrainians prefer to drink horilka (Ukrainian vodka) and samohon, a folk alcoholic beverage popular in villages. The country produces several dozens of kinds of beer and brandy. Those who prefer non-alcoholic beverages can be offered uzvar (sweet drink of dried fruits), kvass (a fermented beverage made from black or regular rye bread) or compote.

Ukraine welcomes its guests generously not only at the table, but also with unique entertainments. Here you can easily hear the sounds of trembita or dance to melodies of folk songs-kolomyjkas accompanied by flute, violin and cymbal. Moreover, Christian and ancient pagan traditions are mysteriously intertwined in Ukraine. Therefore, Christmas is as equally joyfully celebrated here with singing carols as Kupala Night with jumping over the fire and Easter by baking kuliches.

Welcome to Ukraine and indulge yourself with its peculiar flavour, heartful Ukrainian hospitality, beauty of the unique land with its ancient history and rich cultural heritage. Immerse yourself in the atmosphere of unforgettable folk rituals and colourful traditions of the Ukrainian people. 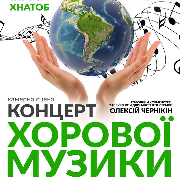 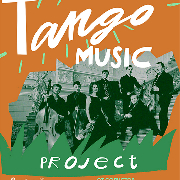