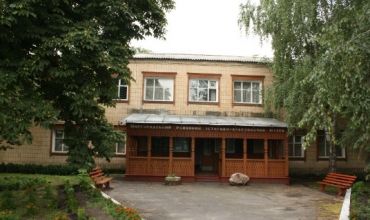 Mirgorodskiy District Local History Museum is Mhar . It was created on the basis of Velikie national museum in 2008. This museum is located in the former children`s library in the two-story building, which was later built a carved wooden veranda.

The museum covers the entire history from ancient times to the present Mirgorodskogo edge. The museum features: unique layout Spaso-Velikie Priobrazhenskoy church of the 18th century, the layout of the house Ukrainian peasant 14th century, tools ages 18-19, Ukrainian clothes and household items, and many other exhibits.

What is the best accessible to the Museum from: