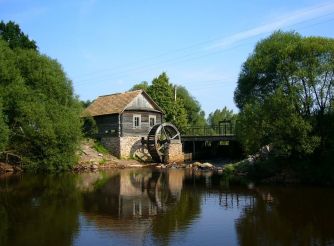 Polessky Reserve was established in 1968 on the lands of Polesie in Zhytomyr region. He is a model of nature, almost untouched by major agricultural activities, due to a large number of wetlands in its territory. Beautiful scenery, combined with the richness of nature, flora and fauna, make this reserve a desirable place for tourists. The reserve has an extensive forests, represented oak, birch and other tree species. They form a mixed forest covering Polesie by 70-80%.

Polesie formed during the last ice age, which flattened the valley over the whole area of the reserve. Protected area is located in three river valleys - Bolotnitsa, Zhlobnitsy and Pergamum, which flow into the tributary of Pripyat Ubort. This combination of rivers, marshes, meadows forms the area in which preserved many species of animals, birds and plants. You will love the nature here. For visitors opened visitor center.

What is the best accessible to the Polessky Nature Reserve from: