One of the oldest cities in Europe is situated in Transcarpathian region (Zakarpats’ka Oblast’) of Ukraine. It is the city of Uzhhorod. It was founded as long ago as the 8th century – the time a fortified castle appeared on Zamkova Hill. Later the castle turned into a city-settlement, which became the centre of a newly formed principality headed by Laborets. Various princes ruled in the city; as a result many nations reigned there, such as Hungarians, Croats, and Czechoslovaks. And this fact influenced the formation of its unique architectural ensemble.

Antiquity and present time are harmonically combined in Uzhhorod. The city is divided into two parts: the right bank and the left one. The right bank is the oldest and the most interesting part of Uzhhorod. Walk along narrow streets, where your attention will be attracted by medieval motifs and ornaments of two- and three-stored striking houses located there. The city is unique and attractive due to its interesting feature – a variety of styles presented in all architectural monuments. You may recognise different styles, such as Modern, Baroque, Empire, New Roman style and Functionalism.

You are well advised to visit the building on 33, Kapitul’na Street. One of the most famous tourist attractions – Uzhhorod Castle of the 14th century – is located at this place; perhaps due to this fact in former times this street used to be called Zamkova (meaning Castle). The castle hosts the Zakarpats’kyi Local History Museum, where you should go in case you’d like to get to know the history of Uzhhorod and activities of one of its rulers in the 17th century – Count Miklosh Berchen. You will also see interesting exhibits of furniture C17th-early20th, rare old books, a valuable archaeological collection of bronze wares 13th century BC, and a collection of numismatics. Unique collections of folk musical instruments, fancyworks and garment of Transcarpathia, Cold firearms and cold weapon of 14th-20th centuries are interesting as well. Exposition of nature will give an idea of flora and fauna of Transcarpathian region.

Next to the castle you can find an open-air museum – the Zakarpats’kyi Architecture and Way of Life Museum. Many monuments of folk architecture from different regions of Transcarpathia are located among trees close to nature. Here you can see a church from Shelestovo village of Mukacheve district, which was built in 1777, a belfry, an old school of 1883, a water mill of the late 19th-early 20th centuries, a smithy, a tavern, as well as habitats of Boykos, Hutsuls, Hungarians and Romanians. Come inside of a rural hut and you will see how people used to live in the past. Interior is decorated with a stove, a chest, a table and benches. Next to some huts you may see a well and an apiary.

Walk along Kapitul’na Street! Here you will find another miracle – majestic Exaltation of the Holy Cross Cathedral. This high temple is light, monumental and at the same time so elegant inside. It attracts many tourists, so don’t hesitate such opportunity to see its colourful rich paintings of famous Ukrainian artist Yosyp Bokshay. Despite the fact the cathedral is almost four centuries old, it is well visited.

Those who are fond of art are well advised to visit the Transcarpathian Regional Art Museum on 3, Zhupanats’ka Street. Here you can see works of Ukrainian and Russian artists, such as Ivan Shyshkin, Vasyl Tropinin, Olexander Murashko, Taras Shevchenko, Ivan Aivazovsky, and others. Paintings of Western European artists, such as Jacopo Palma, Lombert Lombard, Claude Joseph Vernet are interesting as well. In addition, a large collection of Hungarian art C18th-20th has been preserved in the museum.

If you want to meet many interesting people, have a nice talk, drink aromatic coffee, then you should definitely take a walk along Korzo Street – the central street of the city. “Corso” means «street for walking” in Italian. Voloshyna Street is the next one you go into. On this colourful street you can find many historical and architectural monuments of Uzhhorod, including St George Roman Catholic Church. Part of the street is occupied by buildings of the famous Passage, which used to belong to Tomash Bati, a king of shoes. He was an owner of a real shoe empire. Today this place is known as Bati Passage, which can lead you to Teatral’na Square so you could enjoy paintings of Transcarpathian artists of modern times.

On Ivan Ol’braht Street you’ll have opportunity to visit the Botanical Garden of Uzhhorod National University, created in 1946. In former times this street used to be called Pidval’nyi Ryad, were wine cellars were located. Before the World War II locals met there to relax and enjoy famous Transcarpathian wine. Today striking wine festivals are held in the city and you can sample different varieties of this drink.

There are six quays in the city. You are well advised to visit Pravoslavna Quay in spring – the time Japanese Cherry blooms. The most beautiful Nezalezhnosti Quay faces to Teatral’na Square. Its construction began in the early 20th century and Czech botanists planted Linden Alley. Today you can see lime trees of different varieties, and their heady scent attracts guests of the city in summer. Linden Alley is the longest in Europe; its length is approximately 2200 meters.

In mid-May Uzhhorod turns into a blooming garden – its streets are filled with pleasant fragrances; the city is buried in beautiful blooming apricot, chestnut, apple trees, exotic plants, delicate magnolia flowers and pink buds of Japanese Cherry. So you shouldn’t wonder flowers of magnolia and Japanese Cherry are considered to be the symbols of Uzhhorod. It is not by mere chance that they have appeared here, as the climate of this region is ideal for their growing. Japanese Cherry decorates not only parks and quays, but also private gardens.

Visit Uzhhorod and your rest in this Ukrainian historical city will give you unforgettable experience and inspiration. 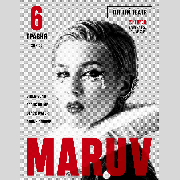 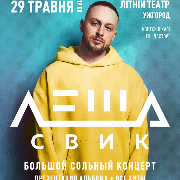