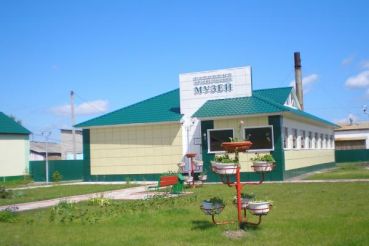 Pervomaisk - a city with a rich history. Since 1927, the city operates a local museum. He created with the active support of the famous scientist-archaeologist P. Kharlampovich. By the beginning of the Great Patriotic War Museum`s collection consists of 20 thousand exhibits.

During the war, the exposition was hit hard, most of the exhibits were destroyed. In particular, great damage has been caused to the archaeological collections of the South Bug`s 1928-1932 expedition. After the war, the museum ceased to exist. The newly opened its doors to visitors only in 1985.

Today Pervomajskij History Museum operates as a branch of Nicholas Regional Museum. The museum exhibition is divided into 15 thematic exhibitions. Tells them about the history of Pervomaysk and neighboring areas, from the Stone Age to the present day. Pearl collection - exhibition "Rural hut". Here are placed hologram of objects from the most important museums in Ukraine. Museum staff conduct tours not only the museum, but also in neighboring regions and Pervomayskaya.

What is the best accessible to the Pervomajskij museum from: