In the western part of Ukraine, located surrounded by dense forest is a city of Ternopil. This was the city since its founding on the point of intersection of roads and railways, but it quickly evolved quickly. In its territory located many of the effects of defensive battles and forts, as evidenced by the natural and architectural monuments in the city

But before going to see the sights of ancient times, he stopped on the street Taras Shevchenko is booming. Courtyard Vienna - unique architectural complex - located on intersection Taras Hevchenko the Street Street Kachal. In 1893, here was a "public schools Association" Polish - a vocational school, a library, and later - a school for females. Vienna courtyard attracts visitors an unusual architectural composition, which contains the brackets equal size Alrtkzh on the columns

When you access to Street Sagaidanna, you will see the Dominican Church, also known as the Cathedral of Our Lady. And was built in 1779 in Baroque style. And can be remotely recognizable because there two متناظرين towers at the main entrance. Dominican church contains a photo gallery and is part of the City Museum. You can enjoy the works of the Ukrainians skilled artists. In the inner courtyard of the temple, called the "Italian", built Dominican Room. As well as in the garden stands a monument to Prince Daniel Jalasa,

When strolling in the street Cardinal Silwa, you will find funny and sculpture consisting of three statues. On Independence Day in 2010, the memorial has been placed another plumber monument which overlooks the center of pine trees. And near the monument is located the hidden person - a personal English author Harbert and Wales, which shows him the only shoe. You'll also see the famous memorial chair at the famous Soviet film "12 chair." This monument humor entertains the city's residents and tourists, who are happily taking photos near Memorial

Turning of Silwa Cardinal Street to Freedom Square, you will find yourself in Street Zamkouphou -. And called this name is no coincidence in this place previously - I found the city of Ternopil Castle, which was built in the mid-sixteenth century by Jeetman Jan Tarnowski. The fort served defensive functions for Poles. In subsequent years, has been restored several times in the early nineteenth century was converted to a private mansion by Francis Caritovski. Given to him by Street Zamkovi, this building does not look like the castle at all. But he the Lakehtrnopl hand showing some warlike elements in it. You can take a stroll in the park located about Ternopil Castle. In the backyard, which offers a beautiful view of the lake in the city, there are many honors and platforms with beautiful prolongation

Then scroll to the bottom in street Zamkouphou to street Rosqui and slightly away from the lake in the corresponding direction. You will find in front of the Church of the Nativity of the unique, built in the style of Podolsk School of Architecture of the seventeenth century. On the one hand to remember the church fort Venuazha narrow narrow Kalnuaz warlike, domes like observation towers, walls modern livery gives the impression that it was built of mud or brick, as is customary when the building of churches, but are built of solid stone. Visit the church from the inside they contain traces of sacred - icon Ms. symbol of the Lord, which has repeatedly saved the city from total destruction


If you went of Rosqui Street toward Lake Ternopil, and then to the Supreme Street club Staffom, then you will see the most ancient places of His Holiness in the city - the great church. Constructed by the ancient Russian traditions of before Jeetman the Jan Tarnowski in the late fifteenth century and the beginning of the sixteenth century. And what distinguishes it from other churches is the half circular shape

Great behind the church is located stairway heading back down to the Corniche Lake Ternopil. It is one of the few lakes in Europe, which is located in the heart of the conurbation. The lake is surrounded by beautiful parks and gardens, such as Taras Shevchenko Park, Park'zajrbela and garden Topalich.Be sure to go for a walk on the boat, "Captain Barry"

If you want to spend a good time with friends or family, the best place is the Garden Park "Limpopo". They contain four large swimming pools for adults and two for children. Enjoy displays various activities named "Churnaya mind an", as well as the swirling water games "Trueba," Kemekadzi "and" Symenoa the Gorka 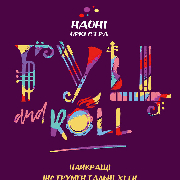 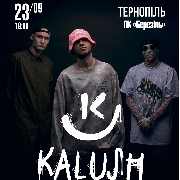