In western Ukraine, is surrounded by deciduous forests city of Ternopil. This city since its foundation was at the crossroads of road and rail routes, because he quickly developed. Its territory has repeatedly Stavan battlefield and defensive point, as evidenced by the architectural and natural structures of the city.

But before I go see the monuments of antiquity, have a look at the blooming Boulevard of Taras Shevchenko. Venetian courtyard - a unique architectural complex - located at the intersection of the boulevard and street swinging. In 1893, there were Polish "Society of the elementary school" - a vocational school, a library, and later - the women's gymnasium. Venetian courtyard attracts visitors with its unusual architectural composition, which uses the same size arches, supported by columns.

Once outside Sagaydachnogo, you will see the Dominican church, also known as the Cathedral of the Immaculate Conception of the Blessed Virgin. It was built in 1779 in the style of the late Baroque. You will be able to learn from a distance the temple for two symmetrically bred turrets in front of the main entrance. Inside the church there is a Dominican art gallery, which is part of the museum of the city. You can enjoy high skill Ukrainian artists. In the courtyard of the temple, called "Italian", built dominican cell. Also in the square is a monument to Prince Daniel of Galicia.

Walking down the street Blind Cardinal, you will find humorous sculptural complex consisting of three sites. Independence Day in 2010, a monument to plumbing, which emerges from the hatch. Also close by is a monument of invisibility - the character of the English writer HG Wells, of whom only visible shoes. You will also see the famous monument chair of the Soviet film "12 chairs". This is a humorous trio always amuses both the townspeople and tourists alike, who are happy doing bizarre pictures next to the exhibits.

Turning off the street Blind Cardinal on Freedom Square, you will find yourself on Castle Street. It was called so not surprising, as this is where the former fortification - Ternopil Castle. It was built in the mid 16th century Hetman Jan Tarnowski. The castle served as a defensive function for the Polish possessions. In subsequent years, Ternopil castle was reconstructed several times, and in the early 19th century by Count Franciszek was turned into a special Koritovskim Palace. When viewed from the Castle Street, this building has nothing to do with the fortress. However, the part of the Ternopil pond shows that it retains some elements of the military. You can take a walk in the park around the Ternopil Castle. On the back patio, which offers a beautiful view of the city lake, there are several terraces and viewing pavilions.

Then go down the street to the Russian Castle and go a little away from the city lake. Before you the unique Church of the Nativity, built in the style of the Podolsk architecture school of the 17th century. From the side of the temple resembles a fortification. Its windows are narrow in shape loopholes dome more like observation towers and modern veneer walls give the impression that they are not built out of clay or brick, as usually build the church, and of sturdy stone. Go inside the temple. It is a sacred relic - the miraculous icon of the Mother of God, Ternopil, which has repeatedly saved the city from total destruction.

If you go on the Russian side of the street in the Ternopil pond, and then go up to the street above the puts, you will see the most ancient shrine of the city - VOZDVIZHENSKIY church. It was built in the tradition of ancient fortification hetman Jan Tarnowski in the late 15th - early 16th centuries. The main difference from other defenses that of the architectural composition of the church has been provided a semi-circular apse.

For Vozdvizhenskoj church is a staircase that descends to the city's waterfront Ternopil pond. This is one of the few lakes in Europe, which is located in the heart of the village.Ternopil around the lake there are beautiful parks and gardens, including a park named after Taras Shevchenko park and water park Zagrebele Topilche. Sure to implement a boat trip on the ship "Captain Pariy."

If you want to have a good time with friends or family, then the best place is the water park "Limpopo". It is equipped with four large swimming pools for adults and two smaller ones for children. Take advantage of attraction "black hole", as well as water slides "Trumpet", "Kamikaze" and "family slide." 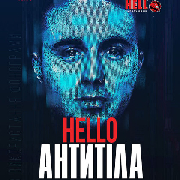 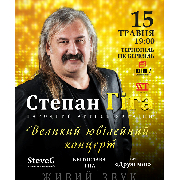