At the foot of the Carpathian Mountains in a hilly valley of the Prut River Ukrainian city of Chernivtsi. Along with Lviv it is considered the cultural center of western Ukraine, and at the same time is the historical center of Bukovina.

Chernivtsi city located in southwestern Ukraine, 40 kilometers from the Romanian border. For many centuries, its territory decides the fate of Ukrainian, Russian, Romanian and Jewish peoples. This city was part of the Austro-Hungarian and Russian empires, as well as Romania was under the yoke of the Ottoman Empire. However, despite the difficult historical past, Chernivtsi managed to preserve in its general architectural image Bukovina ethnic motives.

Here is a very interesting and pleasant rest. You can arrange a walk through the ancient streets of the city, drowning in green gardens, and enjoy the views of ancient buildings, which create a unique urban ensemble.

Chernivtsi considered to be a jewel of architecture. Familiarity with the Ukrainian city should start with the main attractions of the city - Residences Orthodox metropolitans of Bukovina and Dalmatia. Draft residence, built on the former site of the episcopal house fulfilled Czech architect Josef Glaucus. The palace was built in eclectic style with a predominance of Romanesque and Byzantine styles. Looking at the Grand Palace, one can draw parallels with medieval fortresses, to find elements of Romanesque or Byzantine architecture, Bukovina find ornaments in the decoration of the building, or to admire the beauty of staterooms, ceilings that are similar to Hutsul rezblennye boxes. All these elements create a common chord of harmony and beauty. At present, there are located the housing Chernivtsi National University named after Yuriy Fedkovych. On an area of five acres behind the residence broken arboretum, where you can walk around and see many rare plant species. The former residence of the Orthodox metropolitans was included in the UNESCO World Heritage List. Residence located on the street Kotsyubinskogo, which can be reached from the train station by taxi first number 23, get off at "Vatutina Street." Then you must take a trolleybus № 1, № 4 or number 2 and get off at the stop "State University."

Next you can go to the Russian street that built the so-called church Drunk or Ruthenian Church of St. Nicholas. Temple got its name thanks to the original design of the two towers, which seemed to twist in a spiral along with the windows. Acting to the present day church was built in the style of Romanian medieval architecture. To her from the residence of the Metropolitans can be reached by bus number 22, № 34 or trolleybus № 2, № 4, get off at the "Garden Street".

Walking around Chernivtsi, visit the Roman Catholic church Heart of Jesus. This temple is a shining example of Gothic style of the 19th century. Accessible from the street to the Russian monastery complex Heart of Jesus, you can trolleybus number 2 or number 4, coming to a stop, "Cinema Chernivtsi". Then you need to transfer to a minibus № 5, № 11 or number 12 and get off at the "Department Ryazan".

Another interesting architectural landmark Chernivtsi is Armenian Church of the Holy Apostles Peter and Paul. Temple is famous for its excellent acoustics. Here the organ and classical music concerts. By Armenian church from the Catholic church can be reached by taxi № 11, № 12, № 29 or trolleybus number 29 bus stop "Supermarket Ear" to stop "Cathedral Area".

Next landmark Chernivtsi, which should go to a small area, decorated in Turkish style. Here Turkish bridge built 19th century arcade semicircular fountain, pavilion in oriental motifs mounted on the source, as well as bike and watch forged in flower bed. By area of the Armenian church you get by taking a walk to Russian streets on foot and sit on bus number 34 or trolley bus number 2.Need to get out at the stop "Area Turkish Well."

Chernivtsi known for its grandiose ensembles areas. Always worth a visit on the Theatre Square, which is Music and Drama Theatre. Unique building in the Renaissance style adorns the western Ukrainian city for over a hundred years. At the theater square built as an elegant building of the Jewish folk home or Yudisheskhauz. Art Nouveau building was erected Medical Academy, located on the left side of the theater. Another product of the Vienna Secession is a monumental building of regional administration. In 2000 at the Theatre Square was created another attraction Chernivtsi - "Avenue of Stars". Theatre Square is located between the streets and Goethe Vatutina to which you can reach by shuttle bus number 23 or number 2, you need to go out on the street and walking Turkish Main Street.

Close to the Theatre is central square of Chernivtsi. On the square is a building city town hall, topped the 50-meter tower bunk. From the observation deck offers a beautiful view of the town hall of the old city. In addition, every day at 12 o'clock with the Ukrainian Hall heard the melody of the song "Marichka", which takes the trumpeter, dressed in national costume Bukovina. Notable in the central square is the building of the Art Museum. Complete the ensemble of the central area of two luxury buildings that were previously hotels, and now placed under the Trade and Economic Institute and the hostel. To Central Square Theater on you can take a walk down the street Mihai Eminescu.

Chernivtsi - a friendly Ukrainian city, which attracts many tourists for its amazing architectural buildings. Come in Chernovtsy city and feel its atmosphere! You touch something only look, but something here contemplate for hours, studying the details and solving the mysteries of the past. 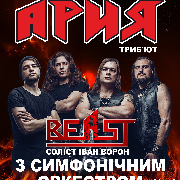 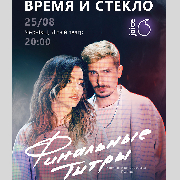 Ethno-Tour to the Carpathian Mountains
You will see beautiful and charming nature of the Ukrainian Carpathians.
All Tours and excursions Chernivtsi