Kherson city located in southern Ukraine, on the right bank of the Dnieper River, not far from the place where the river flows into the Dnieper estuary in the Black Sea. The city is an important industrial center, the largest river and sea port. It smells sweet southern nature and hear the roar of the sea.

To date, Kherson is famous for its watermelons, which have become a kind of brand because of its taste.

Familiarity with the history of this southern city is best to start with the oldest of its structure. The remains of a defensive structure, fragments of shafts are near Komsomolsk Perekopskaya park on the street. It also kept the arched gateway of the late 18th century - Moscow and Otchakovsky. You can also visit the powder magazine and arsenal with a monumental colonnade. By the arched gate of the fortress-Alexander Schanz can be reached from the central avenue Ushakov, turning out Perekops.


In Kherson there are many interesting temples. There are about 30 synagogues, and built the Church of the Exaltation of the Holy Cross, Holy Assumption Cathedral, St. Nicholas Church and the Roman Catholic church of "Sacred Heart of Jesus Christ." One of the oldest religious structures of the city is the Savior Cathedral, built in 1781 in honor of Catherine II. The history of the cathedral is inseparable from the history of the founding of the city. After all, Kherson city was founded on the southern border of the Russian Empire as a defensive point. By order of the Governor-General Potemkin here and built a stone cathedral. It was built in a classic style, with motifs of Balkan architecture. There is also the founder of the city was buried Prince Grigory Potemkin Tauride. Preserved throne, specially made ​​for the arrival of the Empress, and wall paintings, full of outstanding Ukrainian artists. Saviour Cathedral is also on Perekopskaya street next to the fortress.

Center of Kherson - a street Suvorov, on which you can walk slowly, enjoying the beauty of the architecture. Here is the old part of the city, which was called "Greek suburbs." The fact is that the first settlers of the edges were the Greeks. They left their homeland hoping to re-create in Ukraine a new grand Greece. However, the atmosphere here for thousands of years has not changed, because today it's noisy, busy street with lots of cafes, entertainment, businesses, a favorite place of recreation for residents of Kherson. To date, Suvorov Street adorn buildings that attract exquisite architectural forms. Walking through the "Greek suburb", or as it is called - the Merchants' suburb, you can feel for a moment in the enchanting Greece and smell the cypress trees. Attracted to its original design teacher's house, the provincial commissioner, the building of the gymnasium, St. Sophia Greek Church of the Nativity of the Blessed Virgin and many others. Turning off street Suvorov Pestel, you will go to the building of Kherson military hospital. It is elongated in terms of the building was built in the Art Nouveau style.

On October Square, which overlooks the Black Sea waterfront, set the symbol of Kherson - a majestic monument to the first shipbuilders. At the site of the shipyard, which built the first Russian ships in the Black Sea, and was laid on the monument. It is dedicated to two vessels Launched in 1783 - Battleship "Glory of Catherine" and the frigate "George."

Another symbol of Kherson sea - it Adzhigolsky steel mesh lighthouse. The uniqueness of this attraction lies in the features of its design. Lighthouse height of 70 meters on the right bank of the Dnieper estuary was built by the engineer Vladimir Shukhov, and is one of the largest and most elegant buildings in Europe.It is located on the outskirts of Kherson, where you can catch a taxi going to the village of Fishing or broad beam.

I must say that Kherson - this is not only a place of historical events. This kind of blessed place on the map where you can take a romantic trip. Is a unique and rich forest resources of Kherson, which is represented by such protected sites: the Botanical Garden of Kherson State Pedagogical University, Arboretum, Kherson State Agrarian University, and others.


Welcome to this southern Ukrainian city of Kherson!

17.05.2013
Kherson became the epicenter of the first biker entertainment
Such a massive influx of fans of motorcycles solar Tavrii never had: May 18, 2013 in Kherson arrived more than 200 bikers from 15 cities of Ukraine. They all took part in the opening of the festival "Baykerskі Rozvagi."

15.05.2013
Rally "Chumatskyi Way" expands its participants
Held in Kherson 20-th time, the race this time became an international, since besides Ukrainians competed in her crews from Russia, Kazakhstan and Belarus.
All News Kherson 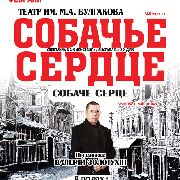 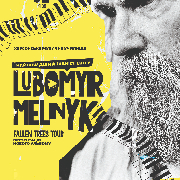