Museum of Nikolaev - City of sailors and shipbuilders, Nikolaev 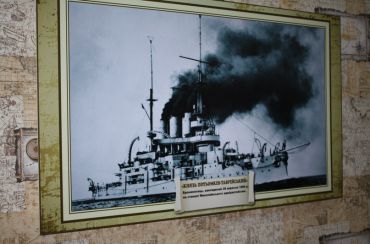 Museum sailors and shipbuilders created and opened October 17, 2015 at the school number 19, due to the forces of local residents who have made outstanding contributions to the replenishment of the young institution. Museum organizers are confident that the lessons of this helps to better understand the history of his native land to keep the memory of it, and even feel a part of historical events.

The exhibits for the museum collected all the world. The exhibition includes:

The chief doctor Alexander Demyanov was so impressed and enthusiastic labor school, he decided to transfer to the museum unique creation - a picture of the aircraft carrier "Tbilisi". Exhibits are in the classroom, where they spent the lessons of history.

Getting to the museum

Museum "Nikolaev - a city of sailors and shipbuilders` located on the street front. Nearby are the stop "street railway" and "wholesale market", where the route many local taxis.

What is the best accessible to the Museum of Nikolaev - City of sailors and shipbuilders from: