The Vyshhorod History and Culture Reserve 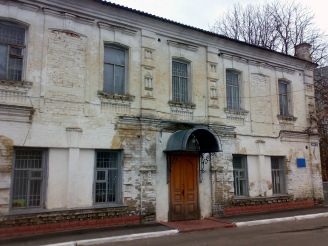 This historical and cultural reserve was established in 1994. It is situated on the Kyiv region in Toompea .

The main purpose of its creation was to study and preservation of objects of archeology, history and culture. In the reserve include Archaeological Museum "Ancient Vyshgorod", the Historical Museum and the Museum of pottery .

The Archaeological Museum presents the most rare exhibits. Within its walls are kept archaeological finds discovered during excavations in the Upper Town. Here there is also the oldest stone egg Ukraine. In the museum you can see many rare and little-known items of Kievan Rus `princes` jewelry, coins, brooches. The exposition in plain view is a copy of the icon of the Mother of God Vishgorod, which was stolen from the local monastery and taken to the Russian city of Vladimir. Original as valuable relics can be seen today in the Tretyakov Gallery.

Historical Museum (the youngest division of the reserve) was opened in 2008. There are three halls, exhibition is devoted to the history of the city and its environs. It contains the huge fund of ethnographic and archaeological materials. Presented in the halls and objects of folk art and crafts: ceramics, embroidery and work of master weavers of the region. Museum is at the address. Hrushevskoho 1.

Pottery Museum was opened in 2006. The main attraction of his exposition - the potter`s horn for firing pottery, dating from the 11th century. Visitors to the museum will take a real potter center of the Kievan Rus, the more that are conducted master classes in this art form. This museum can be visited at the address. Mezhigorskaya Saviour, 11.

From Kiev to reach the reserve can taxi №397 from metro station "Heroes of Dnepr" to the town of Toompea.

What is the best accessible to the The Vyshhorod History and Culture Reserve from: