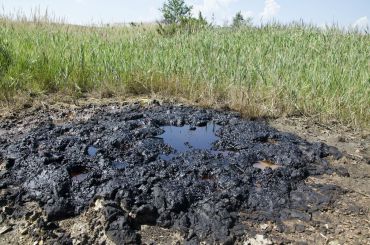 Mud volcano Starunya - a natural monument, which is located in the eponymous village, Ivano-Frankivsk region. It arose as a result of development of oil and mineral wax, which were held here almost a century ago. Mud volcano declared itself in 1977, during an earthquake in Romania. Then from the three-meter crater eruption of mud and gas. The volcano is similar to mud stain "breathe" through the mini-craters. Total recorded 12 microcraters gassing, clay, water or oil, and 8 major craters. The chemical composition of the mud is very rich and diverse. Despite the outward calm, the volcano can erupt unexpectedly stream of boiling water, while from the depths of all time heard a sound like a kettle boiling. History of the Village Starunya rich in mystery and legend, a long time here successfully excavated. According to one of the beliefs in the village hidden treasures Bogorodchany castle.

What is the best accessible to the Mud Volcano Starunia from: