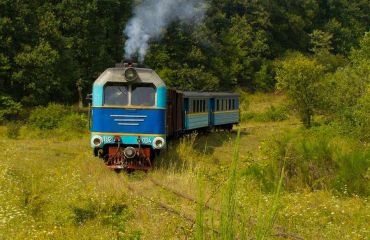 During its existence, during the First and Second World War Borzhavski narrow-gauge railway was in the possession of Czechoslovakia and Hungary. In the 70s of the last century passenger traffic began to noticeably reduce, and in the 80`s - totally eliminated. However, the efforts of local residents and local authorities in the early 90`s the train again started to carry passengers.

As of today, there is only one small section of the narrow-gauge railway, which has been preserved, but is not in use, between Irshava and Priborzhavskim. However, this does not prevent the access of tourists who come here specifically to look at the unique railway and visit in the heart of Transcarpathia.

What is the best accessible to the Borzhavski narrow-gauge railway from: