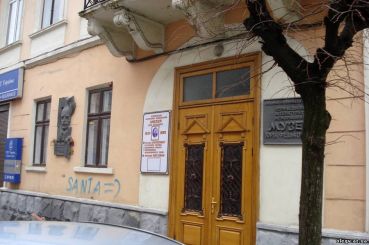 Yuri Fedkovich - the greatest writer of Bukovina, land educator and active public figure, whose name is famous Chernivtsi University. If you want to visit Chernivtsi and closer acquainted with the cultural past of the region, be sure to visit the Literary-Memorial Museum talented native of Bukovina, located in the building at the corner of Cathedral Square and the street. Franko, writer where he lived in 1885-1888 years.

The museum`s collection of handicrafts

Literary-Memorial Museum occupies the second floor of the old building, located in 9 exhibition halls are thematically divided into 2 parts - the literary and memorial. In the rooms recreated interior of an era in which he lived writer and his cabinet in the newspaper "Bucovina" which he edited. Your attention museum staff presented personal items, handicrafts, rare editions of his works, the author pictures and musical instruments, which played a writer.

You may also be interested in Gallery Ukrainian writers who were friends of George handicrafts, highlighted their cooperation. The museum exhibited a collection of old postcards, manuscripts and works of the writer. Overall, the museum is very intimate, and through the work of the staff of institutions managed to recreate the atmosphere of the time, so everyone can be filled with life and work of the famous urodzhennya Bukovina.

The museum was founded in 1945, and recently, in 2015, it celebrated its 70th anniversary. Since its inception, the institution changed several addresses. At first he was placed in one of the halls of residence of Bukovina metropolitans , then to what it was in the room museum on the street Kobylianska. Only in 2004, the museum finally got their own room - the city authorities have allocated to it one of 6 flats Chernivtsi, where at one time lived writer. By the way. it was his last home, where he, in fact, met his death.

How to get to the museum

The museum is located at Pl. Cathedral 10, in the city center.

What is the best accessible to the Literary museum of handicrafts from: