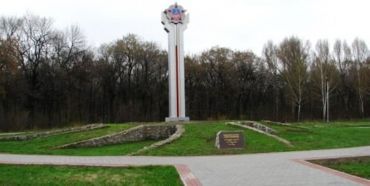 In the city of Zaporozhye is located in the very center, a large park. It draws its cultural sites and local attractions of a large number of people who want to escape from the city. It was founded in 1979. For Zaporizhia this park is the largest among the squares and parks.

What is Victory Park

Park decided to place along the beam, which is located near the Red River (or Moskovka). Here you can see a lot of small lakes. Near the park is the city hospital No. 5, which has a lot of unfinished buildings.

Place active ennobled, so here is working on his gardening. Planted a lot of trees, bushes and a large variety of colors, which are more than a thousand species. In parallel, work was carried out, and to strengthen the shoreline, allowing the site to organize a recreation area and place on its territory benches for guests, as well as spend good lighting.

For outdoor enthusiasts there built a special track for bicycles and skateboards.

What can be seen in Victory Park

How to get to Victory Park in Zaporozhye

Victory Park located on the street Yatsenko and extends from the highway and up the embankment along the river Dry Moskovka. The recently opened tram station "Victory Park", through which to get to the park has become much more convenient.

What is the best accessible to the Victory Park from: