Historically, that Sumy region considered the birthplace of folk crafts. First, in northeastern Ukraine flourished handicrafts such as weaving wicker, pottery and many others. This contributed Sums nature. Its forests, lakes, meadows inspire residents of the area. And now the city can buy handmade souvenirs or very good things to life with natural materials. Since every town Sumy permeated ancient history craft, and one of these cities is the administrative center of Sumy, formerly known as "Sumin city."

On the origin of the name associated with a lot of legends. One of them tells of the discovery of hunting bags in the current Sum. Perhaps due to the fact of this world, as in the arms and the flag of the city shows that these three characters - three bags sling.

The memory of ancient buildings and lives in the names of streets in the city of Sumy. How, for example, street Perekopskaya where previously housed the ancient ukripni buildings. Here and now flaunts Holy Resurrection Cathedral, formerly called the Church of the Resurrection. In the old days this house used as a defense, this show quite narrow window-slits of the cathedral.

Enjoy the cultural and social life can, visiting theaters and museums, are known for their creations of both domestic and foreign art. Once in one of these houses work, how Sumy Regional Art Museum. Onatsko, visitors can contemplate the works created by masters of the late 19th - early 20th centuries.

Sports enthusiasts can not go past the stadium "Jubilee", which contains over 25,000 spectators and is considered one of the best in Ukraine.

Like most other regional centers of Ukraine, city transport system presented advanced network taxi, trolleybus and bus transportation. The main train station is a station Oldysh, Commodity, Sumi and Bass.

Upon arrival in the amounts of guests from a wide range of comfortable hotels, prices for which vary depending on the customer's wishes. Also please well-developed infrastructure: cinemas, restaurants, clubs and bars. Sumi - what you need for a wonderful holiday body and soul! 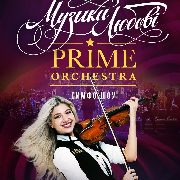