The small beautiful city of Sumy is located in the north-east of Ukraine. In the city there is the river network of the Psiol and its tributaries Suma, Sumka and Popad’ka. In former times Sumy was used as a fortified post with underground passages. Today you can see many interesting architectural structures that wouldn’t leave you indifferent.

You are advised to start your acquaintance with the city from its Railway Station and take minibus № 11, 14, 23 or 53. Trinity Cathedral built in the early 20th century can be noted by you on Troits’ka Street, between Sverdlova Square and Novomistens’ka Street. Today Trinity Cathedral is used as a house of organ and chamber music, which you can visit any time. The temple’s interior was painted by the best artists of those times and today the cathedral also hosts the Museum of Sculptures.

Trinity Cathedral faces to the park-estate of traveller Ivan Asmolov. Here you can take a walk along picturesque alleys and enjoy beauty of nature as well as rare plant species. About 100 varieties of coniferous trees and 30 varieties of lilacs are collected in the residence.

Down Troits’ka Street you can find a catholic temple – Annunciation Cathedral of the Blessed Virgin Mary. This shrine was built in the Roman style with gothic elements similar to church-basilicas. Catholic services are held there now.

The route № 14 can lead you to Taras Shevchenko Avenue. Get off in front of Kazka Playland. It is not by mere chance, this corner of nature has got such name, as in Ukrainian “kazka” means a fairytale. Walking down Taras Shevchenko Avenue you may notice small castle-slides towering above trees, which are equipped with different passages and ladders. These castles are built as playgrounds for children. Moreover, this little kingdom is full of different fabulous characters that greet guests of the park. That’s why Kazka Playland is a great place to have a rest for all members of a family.

After a walk in the park you can take minibus № 57A to get from Taras Shevchenko Avenue to Nedil’na Street, which is one of the main pedestrian streets in the city with a few interesting buildings. Resurrection Church, an old stone construction, is one of them. In former times it was used as a fortified fortress and as a proof you can see window-slits and secret underground passages. According to the legend, a city owner’s daughter, who used to be the leader of murderous gang in surroundings of Sumy, was entombed within Resurrection Church. Now this white-snow cathedral is an adornment of the city. On this street you may see monuments dedicated to the city history. One of them is the sculpture Maliuky-Lasuny (meaning Sweet-Tooth-Kids), dedicated to the prosperity of sugar in Sumy in the late 19th century. You can be photographed next to kids, taking a free seat near them. Citizens consider the Fountain-Monument Sumka (meaning “a bag”) their city symbol. Its shape has a symbolic meaning, as it was designed as a well and in place of a bucket there is a bag with gold, out of which water flows. According to the legend, Herasym Kondratiev with Cossacks-settlers has found three hunting bags with gold at this place. The ataman has decided to name the local river Sumka – this is how he has founded a new city, which today bears the name – Sumy. People believe, if you put your hands, purse or bag into the water of this fountain, you’ll find well-being and good fortune. This street offers you many opportunities to have a nice meal, taste national cuisine or drink aromatic coffee in one of cafes.

Soborna Street, located a block from Nedil’na Street, is another one so loved by tourists.  Here you can visit Saviour-Transfiguration Cathedral, a summit of Sumy architectural skill. It harmoniously combines different styles, such as Classicism, Baroque, and Renaissance. Go inside this magnificent building, where you will notice its real pride – a marble iconostasis decorated with malachite. Famous miraculous icons the Theotokos of Tikhvin and the Theotokos of Korsun are located in Saviour-Transfiguration Cathedral. The walls are painted with scenes of Biblical themes. On Soborna Street there is one more place of interest – a small square named after great Ukrainian poet Taras Shevchenko, where you also can see a monument in his honour.

Take a walk to Pokrovs’ka Square! Here you can visit the Sumy Regional Art Museum after Nikanor Okhnats’kyi. About fifteen thousand exhibits are located on two floors of the estate, built in the early 20th century. The Art Museum is one of the major cultural centres in Ukraine. Unique works of decorative art and paintings are presented there.

Pokrovs’ka Square is also remarkable due to its wooden Al’tanka. This unique construction is a symbol of Sumy. Al’tanka is an open octagonal terrace, made without a single nail and decorated with elements in the form of delicate lace. In fact, symbols of Trypillian, Christian and Jewish pagan cultures are depicted there.

In order to get to the highest point of Sumy, you should take minibus №12 or 15 to Kirovs’ka Street. A natural upland with the Memorial Complex is located on this street. Here you can see a howitzer and a tank, which were used during the Great Patriotic War. The Monument to Aliosha, erected to an unknown soldier, is another one located on the mount. According to the legend, a woman used to live on this mount. One day she carried a wounded soldier to her home, but unfortunately he died before telling his name. Now the Monument to Soldier-Hero rises above the peaceful city of Sumy. Back to the railway station you can get by minibus № 12, 14 or 53.

The best time to visit Sumy is the beginning of May – when you can feel a light scent of blooming lilacs. Stroll through the streets, visit fragrant parks and estates, taste Ukrainian national cuisine in a cosy café and don’t forget to throw a coin in the Sumka Fountain for good luck. 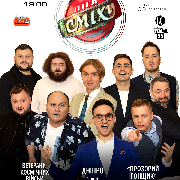 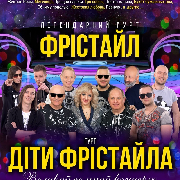