On the banks of Inhul in the heart of Ukraine is a quiet and pleasant city Kirovograd. It was founded first as a fortress of Saint Elizabeth, which was intended to protect the South of Ukraine from the Crimean-Tatar invaders.

Kirovograd, and then a fortress of Saint Elizabeth, had a military significance, and in different historical periods was visited by well-known public figures. In the summer of 1769 the fortress was, along with the headquarters of the army, General Pyotr Rumyantsev. In 1782, arrived here for the first time Prince Grigory Potemkin, and later frequently visited and lived in his house serf. For a long time the fortress was Field Marshal Mikhail Kutuzov. The famous commander Alexander Suvorov was here in 1762 and 1792, respectively. Visited Fort St. Elizabeth and Cossack chieftain and the Ukrainian Sich Cossack sergeant.

In the 19th century, Kirovograd lost its strategic importance. Today it is the city acquired a new look. He has grown in the green parks and gardens on the banks of the clear waters of Ingula. The beauty of its landscapes repeatedly praised in poems of Russian writers Alexander Pushkin and Adam Mickiewicz. In addition, Kirovograd became home to such prominent figures of Ukraine: Ivan Karpenko-Kary, Mark Kropivnitskogo, Andrei Tarkovsky and Jaroslav Ivashkevicha. It is therefore often called the city of Kirovograd poets and playwrights.

Familiarity with modern Kirovograd best to start with the most famous historical monument - the fort of St. Elizabeth. This main point of interest of Kirovograd, which indicates past might fortress. Preserved to military barracks, earthworks, forges, houses officers. Ruins of defensive structures are located in the center of the street Ushakov. It can be reached from the train station to the city trolley buses number 3 and 10 or by taxi number 7 and number 10.

Kirovohrad - historical place. In support of this, you will find a lot of old architectural structures, in particular Yunkerskoye Cavalry School in Lenin Street, 2.


On the same street effectively allocated among other buildings Kirovohrad Regional Museum. After visiting the museum, you'll learn about the historical and cultural development of the city. Here are the masterpieces of sacred art of 19-20 centuries, icons, paintings and sculptures, furniture of different styles and eras. Especially valuable are the collection of weapons and objects of ethnography, archaeological finds of Scythian, Tripoli cultures. National History Museum is located in the house Barsky - known local historian.

Decoration of the city are its parks. The most popular destination is the arboretum of the 50th anniversary of the October Revolution. Especially beautiful park in the warmer months. On its territory among the green trees and bushes are many attractions, children's playgrounds. It is in the arboretum at the "Spring Plein Air", by tradition, the artists are going to capture the beauty of the park in the spring of his canvases. After all, here every spring tulips bloom hundreds of different varieties and colors, the scent of which excites and fascinates. Flowers give the park some festive and expressiveness. Arboretum of the 50th anniversary of October is close to the ramparts. It can be reached from either end of the city, such as trolley buses number 1, 3, 9, or by shuttle bus number 7, number 11 or 15.

In Kirovograd are several religious temples, one of which is the Saviour Cathedral. This is a major Orthodox church in the Kirovograd region. The greatness of this temple gives a classic style in which it is built.The cathedral is located on the street of the Transfiguration, which can be reached by trolleybus number 5 and number 8, as well as the taxi number 130.

Travel in Kirovograd not leave anyone indifferent, as there can still feel the spirit of bygone eras. 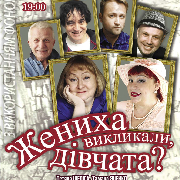 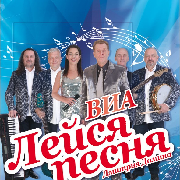