Truskavec - this Western Ukrainian city, which is located at the foot of the Carpathian Mountains in the Lviv region. This town is a resort famous for mineral springs. However, interest in the Carpathian town is not limited only by the presence of healing waters.

Everyone who visits Truskavets affects its architectural decoration. The combination of Polish, Austrian and Hutsul styles give a special charm to this small resort. There are many villas and boarding houses built of wood. Some of them are also the monuments 19 and 20 centuries. Genital spiers low houses, located in the center of Maximus, contribute to the overall color of a neo-Gothic architectural composition of the city.

The most important attraction is Central Park Maximus-forest "Adamovka" which conditionally divides the city into a resort and residential parts. In the park grow sycamore, catalpa, Weymouth pine, boxwood, silver maple, tree vinegary others. Taking a walk on the park, you can enjoy the smell of pine trees, scenic hilly landscape, mineral springs and bizarre sculptures that have historical value for the city.

In the center Adamovka or, as the locals call it, the Resort Park is mineral water pump room from the source "Naftusya" - the most famous mineral water Maximus. Depart from the main pump-room walkway leading to other mineral sources. For example, the fountain "Yuzya." Water from this source contains significant amounts of organic substances. In the park you will also see a lot of summer pavilions to receive water. To enjoy the beauty of this cozy park, you can leisurely walk from the train station right across the Pacific to the lane boulevard Yuri Drogobycha which overlooks the resort park.

Since Truskavec small in size, then familiarize yourself with all its architectural landmarks can while walking. Near the entrance to the park on the street Sich Riflemen in a villa built in the first half of the 20th century, the resort is a museum. In its seven halls feature exhibits that introduce visitors to the unique samples of the life and culture of this region: caskets, chests, embroidery, housewares, streaked. In short, Spa Museum - the rich world of the strikers in the palm of visitors.

Walking along the street Sich Riflemen, you find yourself on the street Stepan Bandera, which is several architectural attractions Maximus. First, it is an art museum Michael Bilas, situated in one of the most beautiful buildings in the city - an ancient villa "Goplyana." The villa is built in a Polish folk style - Zakopane. Previously, this elegant villa belonged to Mayor Raymond Truskavetc Yarosh. Now here are the work of a talented artist and master textile plastics. Here you can see carpets, tapestries, sackcloth, embroidered napkins, pillows, decorative flowers, toys, unbeatable story panels and applications.

Down the street you will see Stepan Bandera Museum Sambrsko-Drohobych Eparchy of the Ukrainian Greek Catholic Church. At the corner of Stepan Bandera and Stebnytska is the Catholic Church of St. Nicholas. The church iconostasis of the 19th century. Near the church you can see the bell tower, erected in 1920. In sunny weather, it is impossible to look away - the golden dome shining in the blue sky background. Before the temple is a sculpture, "Jesus and the Samaritan woman."

If you're a history buff, the Maximus is near several historic attractions, which you can go. Unique ancient monument - it Tustan fortress, built in the Carpathian Mountains on the rocks. In people, the fortress better known as "The Rock Dovbusha". The name was given in honor of Dovbusha Oleksy, so the title of Hutsul "Robin Hood". Ruins Tustan that served western outpost of Kievan Rus in the 13th century, still attract many tourists.

Another fortification near Maximus - it Hust castle. Interest in him a part in the first place because here lived in the Middle Ages Knight Drago ancestor Vlad Tepes, known as Count Dracula. Bloodlust this valahskogo governors spawned the legend that he is a vampire. These two castles you can get on intercity regular buses that depart from a city bus.

Every year, approximately half a million tourists visit Truskavets, because in this city, you can enjoy both historical sites and improve their health. 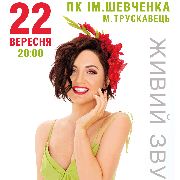 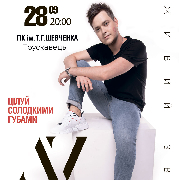