Zholkva - the city of Lviv region. Located 25 kilometers from the city, and close to the Polish-Ukraine border. It is the administrative center of the district Zhovkivskyi.

Founded in 1597, the settlement received city rights as early as 1603. Established this settlement on the site of ancient settlement Vynnyky that is mentioned in the chronicles of the 1368 year.
In the 17th century the city was the seat of the Commonwealth. In one of the versions - it was Zholkva homeland Bogdan Khmelnitsky. 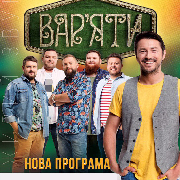