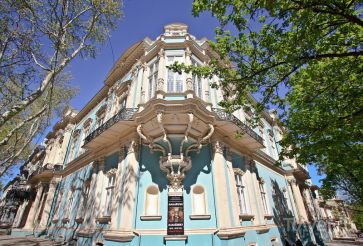 Odessa Museum of Western and Oriental Art, founded in 1923, is truly one of the best and most famous museums in Ukraine. Such a status he deserved due to several facts. Firstly, the museum is located in the palace of the merchant Abaza, designed in the middle of the 19th century by the architect Otto. The building is one of the masterpieces of eclectic art. The second reason to visit the museum - in fact, the exhibition itself. The museum has a stunning collection of paintings by Caravaggio, Hals, Magnasco; sculptures, furniture, decoration Iran, Tibet, India and China. The museum exposition occupies twenty-three rooms and consists of three divisions: the art of the East, ancient and Western art. Almost every week in the museum hold various lectures, film screenings, which will be interesting for those who are versed in the art, and "newcomers", as well as your baby. In addition, the museum is located in one of the most beautiful streets of old Odessa - Pushkin.

What is the best accessible to the Odesa Western and Oriental Art Museum from: