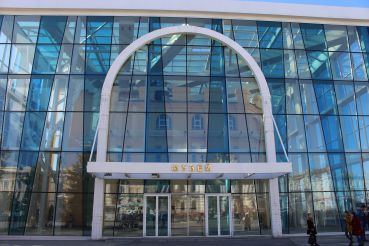 Kharkiv Historical Museum - one of the largest in Ukraine. At the moment it has 4 divisions: feudalism, capitalism, the primitive community and the Soviet era. Here are rare documents and photographs, samples of firearms and bladed weapons both foreign and domestic origin, various awards and pre-war military, household items of soldiers and residents of Kharkiv, banners and flags of the war.

What can be seen in the Kharkiv Historical Museum

On the basis of conducted CHEM interesting scientific conference, themed evenings, a variety of classes with elements of the history of the tour. Walking through the halls of the museum, involuntarily feel the atmosphere of relevant exhibits times. Monuments Saltov catacomb burial convey the spirit of the ages 7-10, a set of things from Donetsk settlement mentally transferred into 11-12 century. Energy is saved even though the fact that for the whole year there are more than 200 thousand visitors.

What is the best accessible to the The Kharkiv History Museum from: