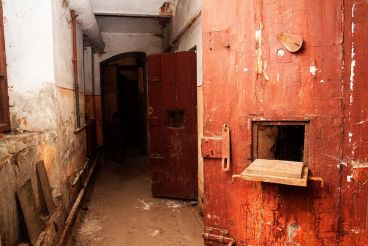 NKVD and Gestapo prison - is the story of the walls of the museum. Prisoners` jail for Lontskoho "often become political prisoners. It was here, during the process of Lviv in 1936, were Jaroslav Stetsko and Stepan Bandera. For 85 years this building housed various punitive organs. History of the first building dates from the late 19th century, when the barracks were created for the Austro-Hungarian gendarmerie. The building of the prison was attached already Poles in it they kept prisoners. During the Second World War, when the Germans occupied Lvov, in this room had a Gestapo. Since Ukraine gained independence, indoors remand prisons have placed the Security Service of Ukraine. And in the year 2009 decided to turn former prison into a museum, which recreates an authentic prison setting. To get on a tour, you must pre-register. Offer visitors a look at the investigator`s office, death cell, solitary confinement, as well as declassified lists.

What is the best accessible to the Memorial Museum "Tyurma na Lontskoho" (Prison at Lontskoho Street) from: