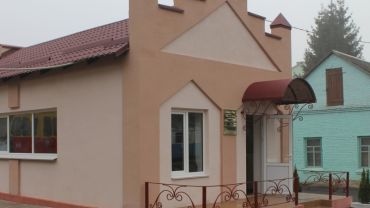 Unique in its filling tram museum is located in the winery . The place of location of the museum was a tram depot. The grand opening was timed to the centennial of Vinnitsa tram and took place in October 2013.

It is interesting that of all the settlements in Ukraine only in the three cities of the tram goes on meter gauge: in Lviv , Vinnitsa and Zhitomir . This coincides with the width of a Swiss standard, allowing trams in Zurich to buy and run them in the winery.

The museum is filled with all kinds of tram cars which have been applied in the winery at different times. Here you can see exhibits and photographs related to the history of public transport. Inspect the tram tickets and punches that existed in the history of the city tram.

The uniqueness of the museum

The museum is different from their counterparts in that it does not just look at the exhibits, but also have the opportunity to be in each of them. You can also take a picture with any nonprofit tram. All cars museum are in good condition and can be on the road of the city at any time.

In addition to tours of the museum, everyone can rent one of the retro wagons or café tram for an exclusive walk through the city.

What is the best accessible to the Tram Museum from: