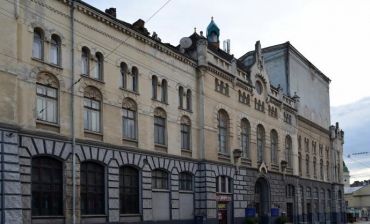 Lviv Drama Theatre named after Lesya Ukrainka chosen for themselves the most accurate of all the possible motto: "Our theater - a bright world of the Ukrainian drama."

Dramatic theater was popular among visitors and residents of Lviv throughout the 20th century. He was constantly in search of challenging his own line and artistic style.

Only with the advent of the theater group of experienced directors and talented artists such as Oksana Radkevich, Lyudmila Kolosovich Nicholas Lysyuk, Lviv theater life was transformed. Plays have become diverse, affecting the interests of all citizens. Especially popular are the performances for the youngest viewers.

The complicated history of the theater

The theater was founded in 1931 in Kiev. In wartime, he toured a lot and moved, was even in Chita, where he worked under the name "Trans-Baikal." Only in 1953, the theater moved in Lviv. Until 1980 the main idea of ​​productions determined the higher authorities.

All the works were exclusively moral and ethical, instructing character, advocating a policy of the authorities. This difficult situation was killing creativity in figures of art and theater scene gradually devastated.

This flourished in the era of the 2000s. There were immortal works "Sorochintsy Fair" (after Gogol), "Forest Song" (the drama of Lesia Ukrainka) and "The Road to Bethlehem" for children.

A unique city in the number of creative people, art studios, art galleries, Lviv is one of the leading centers of theatrical life in Ukraine. There are dozens of theaters in different directions, where the viewer is transferred to the atmosphere of high art.

The most popular of them are the Lviv Spiritual Resurrection Theatre and The National Drama Theatre of Zankovetska.

What is the best accessible to the Lviv Drama Theatre. L. Ukrainka from: