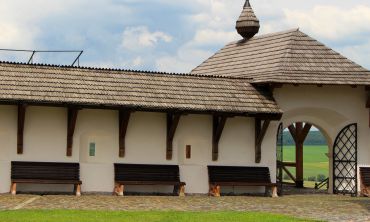 National reserve "Ancient Galich" - a unique historical and archaeological monument of national importance. It was established in February 1994, according to the Cabinet of Ministers of Ukraine. The complex includes historical and cultural monuments, which are combined with each other similar landscapes and historical events.

What to see in the reserve "Ancient Galich"

The national reserve "Ancient Galich" has collected more than 200 archaeological monuments and 18 conservation projects. It covers the territory of the city of Galich, and sat Krylos, Shevchenkovo, Bolshovtsy. The reserve area is 80 sq. km.

The largest number of monuments are concentrated in the village Krylos:

On the basis of the national reserve "Ancient Galich" has a scientific library departments: art-restoration, protection of cultural heritage, economic and economic. Also here are held scientific conferences, publish monographs, catalogs, albums and many other printed products.

Galich - the district center in Ivano-Frankivsk region, located 25 km north of the regional center. To get here tourist can on buses that depart from the central bus station in Ivano-Frankivsk , as well as their own transport. From the city taxis go to all villages, where facilities are concentrated.

What is the best accessible to the National Preserve Ancient Galich from: