One of the most beautiful Ukrainian cities situated on the right bank of the Dnieper River, not far from the Kremenchug reservoir. The city is surrounded by a fragrant parks and public gardens. It is beautiful at any time of the year, but especially in the spring when blooming chestnuts. Cherkassy are also economic, cultural and scientific center of Cherkassy region.

Today it is a vibrant modern city, in which the intertwined history and the present. The historic city treasury is stored in the Cherkasy Regional Museum in the street of Fame, 1, and in Cherkassy Museum of Art on the street Khreschatyk, 259. These museums are historical sculptures, various exhibits, paintings and decorative paintings by famous artists.

In the city of Cherkassy installed many monuments great poets and writers of Ukraine, such as Taras Shevchenko, Ivan Franko, Vasyl Symonenko, as well as politicians. There have been installed and not the usual sculptures, such as a monument dumplings, plumber and moonshine. In addition, there are monuments Prone Prokopovne and Svirid Golokhvastov - heroes of the play "For two hares."

Unique monument of architecture of the city is the Tower hyperboloid structure, built in the early 20th century. Once upon a time in the world there were more than 200 towers of this type built by the project scientist Vladimir Shukhov. At the moment there are 20 left. And one of them - here in Cherkassy!

Another property of the city is St. Michael's Cathedral, which you can get from the train station by bus number 2. Cherkassy feature of the temple is that it is the tallest religious building in Ukraine, whose height is 72 meters and a length of 58 meters.

If you pass up on Lenin Street, then at its intersection with the street Khreschatyk will see luxurious 19th century mansion that is now the Palace of marriage. It was built in the Art Nouveau style, is decorated with cornices, arches and colonnades.

At the intersection of the street and the street Khreschatyk Dashkevich is a building of the former hotel. It was built in the Art Nouveau style of the late 19th century, with numerous decorative Gothic details. The building stands out against the city buildings by the pentagonal shape, pointed turrets, columns and high cone-shaped tent.

If you walk along the street Khreschatyk, you can go to the Boulevard of Fame, where the memorial complex "Hill of Glory." On the hill is a monument "Motherland." Previously, there was a fortress and Cherkassy Trinity Church, but today only a few fragments remain. From the Castle Hill offers a beautiful view of the city.

You can also walk down the street and Gagarin to go out Ivan Franko, there is a Buddhist temple "White Lotus". It is decorated on the example of a Buddhist temple, located in Laos. Although Cherkasky temple was built in the 90s of the 20th century, archival records mention that during the excavations on its territory was found a stone with the image of Buddha in a mask of a warrior. Also from Tibet were brought two figures in costumes of ancient warriors.Now in a Buddhist temple classes on oriental martial arts, yoga, and tea ceremonies are held.

Cherkasy city in Kremenchug reservoir known as the lush green parks. In Cherkassy many parks and gardens, however, a monument of landscape architecture is a park created for the 50th anniversary of the October Revolution. There are many species of exotic plants, streams and small lakes, which together with the architectural features of the park create an unforgettable romantic atmosphere. From the bridge of lovers, which is located in this park, offering spectacular views of the river Dnieper.

Introduction to the Ukrainian city of Cherkassy give you a pleasant and memorable experience. 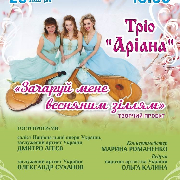 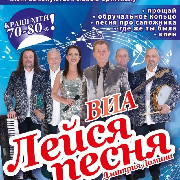