Chernihiv is one of the oldest historical and spiritual centers of Ukraine. It is located in the north-east of Ukraine, in a picturesque valley at the confluence of the river bobbed and Desna. This is one of the few Ukrainian cities, which preserved architectural monuments depicting events of the pre-Mongol period. Strolling through the streets of this ancient city, you immerse yourself in the atmosphere of the past centuries, you will see many old temples.

The story of a rich and interesting. In the days of Kievan Rus Chernihiv was significant and largest city. According to the official version, it was founded in the same time as the Exaltation defensive fortress in the 9 - 10 centuries. During the reign of Prince Yaroslav the Wise, the city was considered the largest in Europe. Despite the war and destruction, Chernigov managed to keep to the present day monuments of Kyiv Rus and the period of the Cossacks. Historical and cultural sites are by far the pride of the city.

The most popular destination Chernigov, where you can meet a lot of tourists and its own citizens - is Detinets Chernihiv, also called Val. It is the oldest part of the city that has become his trademark. It was here that was once built a fortification - Chernihiv fortress, from which only fragments of masonry. Also on the military mission of the fortress show set here in the early 20th century, 12 cast-iron cannons. They were donated to the city by Tsar Peter I in gratitude for their help in the Battle of Poltava.

At the heart of the Val you will see the Transfiguration Cathedral - a sample of ancient architecture and one of the oldest Orthodox churches in Ukraine. He became the burial place of Prince Igor Svjatoslavovicha, which sung in ancient poem "The Song of Igor's Campaign".

The park Detintsa is another famous monument of ancient architecture - Boris and Gleb Cathedral, which was built in the 12th century. Inside the cathedral frescoes and inlaid floors, and an impressive size icon of Jesus Christ. Now, in the Cathedral of Sts a museum of architecture, part of the cultural and historical complex "Ancient Chernihiv".

Basically at the Detinets among the greenery of the park and alleys are many architectural structures 18 - 19 centuries. An example of ancient architecture is an elegant building with a tall bell tower, which was the first institution of higher education in the Left-Bank Ukraine. To date, this Chernihiv Collegium is part of the reserve "Ancient Chernihiv". In Chernihiv Detintsa a panoramic view of the entire city - and his old business part. From the railway station you can get to the Val trolleybus number 1 or by bus number 16 and number 30.

To the south of the Val can see two Monastyrnaya complex - Trinity-Ilinskiy male and female Uspensky Elanskii. Trinity-Elias Monastery known for its underground cave complex, which includes temples hypocrites Nicholas, St. Anthony and St. Theodosius. In the underground church of St. Anthony, which is famous for its good acoustics, hosts musical performances. And in the caves, where it is still being excavated, from time to time there are unusual phenomena: strange sounds, the smell of incense, the appearance of a ghost black monk. Every year, thousands of pilgrims from all over Ukraine visited this monastery. To him you can get from the Prospekt Mira on the bus number 30 or number 7.

If you walk along the streets of Tolstoy, then go outside of the Black Prince, where the Holy Dormition Monastery Elanskii. It was erected in the 12th century. However, over the centuries it has repeatedly finishing work, and in the 18th century it became a fine example of Baroque architecture. In Monastyrnyi complex consists of the Assumption Cathedral, Peter and Paul church, bell tower, refectory, monks' cells, princely tombs, and exquisite home Archimandrite Catherine's church.

Acquainted with Chernigov best during walking, as most attractions are close to each other. Trip to this historic city in Ukraine will not leave anyone indifferent! 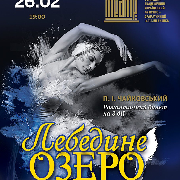 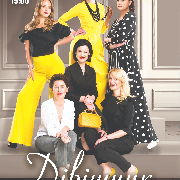