Once you have visited Bila Tserkva you’ll feel an ancient spirit of this city and its old churches. Bila Tserkva was founded by Grand Prince of Kyivan Rus’, known as Yaroslav the Wise. Nowadays this city-resort becomes more and more attractive for tourists, who are fond of ancient architecture and beautiful nature. You’ll be pleasantly surprised visiting one of the biggest Ukrainian parks – “Oleksandria”.

The park was named in honor of Oleksandra Vasylivna, the countess Branyts’ka, due to an active participation in people’s life and a contribution in the growth of Bila Tserkva itself. Thus, she deserved respect and devotion of citizens. Oleksandria Park is also renowned for unexcelled nature. It seems this place is buried in verdure; its exotic plants were brought from Western Europe and North America. The territory of the park covers about 200 hectares. There are many paths and groves with its rare trees there. Numerous lanes and glades are interwoven reminding a labyrinth, full of little bridges, marble and bronze statues, tiny waterfalls – such mix prettifies this park with mystery and pacification. Ancient Greek culture fanciers will stay satisfied passing by Echo Colonnade. This construction was built in the style of ancient amphitheatre and it still impresses with its unique acoustic.

Many interesting monuments are located in the centre of the city. You are well advised to visit Roman-Catholic Church of Ioann Khrestytel’ on Soborna Square. Nowadays this church is also used as the House of Organ Music. Its hall has unique acoustic, that’s why its organ concerts are attracted by so many people from different parts of the world.

Not far from Soborna Square Transfiguration Church is located. A medieval relic of the 15th century, painting The Last Supper, is kept there. St Nicholas Church, built by the hetman Ivan Masepa, can be found on 10 Gagarina Street. In former times different relics and treasures were kept in the church. Even at the present time many scientists try to find treasures of the hetman Masepa on the church’s territory.

At the same area you may notice the Row of Stalls dating back to 19th century. One of the biggest fairs of Kyivan Province used to be held there in former times.

Walking alone 50th Anniversary of Victory Boulevard you may be lost in the atmosphere of the late 18th and early 19th centuries, which is dominated in the House of Nobility Meeting and in the Branyts’ki Winter Palace.

Your attention will be attracted with architectural ensemble of a unique Post Station, where stables, smithies and buildings for keeping carriages are located. They have preserved its primordial shape.

Wonderful exhibits of the Bilotserkivs’kyi Museum of Local Lore are to glad the eye of guests of the city at 4 Soborna Street.

At one time Pavlo Popovych, a famous pilot-cosmonaut, lived and worked in Bila Tserkva. Curious tourists may have an excursion along the museum, which was named after this notable figure.

But there are not only sights Bila Tserkva is famed for. In 1796 a meteorite, later named “Bila Tserkva”, impacted close to the city. Bila Tserkva is also a homeland of art historians, sportsmen, including chess player David Bronstein, painter Oleksander Burian, physicist Bentsion Vul, three-time Olympic Champion in free-style wrestling Oleksander Vedmid’.

Come to Bila Tserkva and it will impress you with its hospitability, wonderful monuments and picturesque nature! 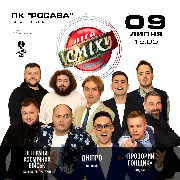 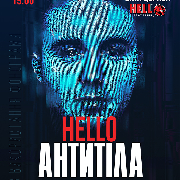