For 11 centuries, the small city of Zhytomyr has been located on the rocky banks of the Teteriv and Kamianka rivers among old forests. It is one of the oldest cities of Kyivan Rus’ founded in approximately 884. According to the legend, the city was named after a man-at-arms of Kyivan princes Askold and Dir. Other sources associate the city’s name with rye, which sounds as “zhyto” in Ukrainian, due to favorable conditions for its growing within this territory.

Some researchers admit Kyivan princes Askold and Dir erected a castle on the hill in the 9th century. Zhytomyr Castle was recorded in 1392. The castle hasn’t been preserved and today on its territory you can see the local square with the memorial plate: “Zhytomyr founded in 884”.

St Sophia Cathedral, a Catholic church and the oldest architectural monument in Zhytomyr built in the styles of Renaissance and Baroque, is located on 12, Kafedral’na Street, Zamkova Hill. Not far from the cathedral you will see majestic Holy Church of the Exaltation of the Holy Cross built in the Russian-Byzantine style. The church is interesting due to the fact the Local History Museum is located there. On the place where an altar used to be there is the corner of Polissya nature, where you’ll have opportunity to see a unique zoological collection, valuable geological rocks of precious stones etc.

The Water Tower of the 19th century, located on 24, Pushkins’ka Street, is considered by many as the main symbol of the city. In former times the tower supplied the city with water and during the war it was a point of observation and a fire-lookout tower, where people used to live.

You are well advised to visit Savior-Transfiguration Cathedral. You’ll be impressed with its rich interior, as it has been decorated with labradorites of Zhytomyr and Volhynia regions. Your attention will be attracted by icons painted by Mykhailo Vasyliev. It is common knowledge that for a long period of time it has housed the image of St Vasyliy the Great, which had been brought from the Byzantine Empire by Volodymyr the Great.

Amazing snow-white temple with blue cupolas – St Mykhailo Cathedral – can be noted by you on Kyivs’ka Street. Sacred things are kept there, such as the miraculous icon of Our Lady Tricherousa, near which you might notice a book with thanks of those people who applied for help and have been healed. Icons with relics and a piece of the True Cross are kept there as well.

Zhytomyr is a city of museums and interesting architecture. A large number of museums, located in the city, are of an exceptional artistic and historical value. The Cosmonautics Museum and the house-museum of Sergiy Koroliov are located on 5, Dmytrivs’ka Street. Presented photos, artefacts, documents can carry its visitors to the world of space exploration. Photo-collages are well made. Unusual lightning and music filling the room create a mysterious atmosphere of space.

You might be interested in an ancient architectural monument – the Fire Tower, located on 1, Travnya Street. In this museum you’ll learn the way fire equipment created, in addition you’ll have an opportunity to watch movies about fires, projected on a screen.

An interesting building hosts the Zhytomyr Regional Local History Museum, which in the 19th century used to be an old estate belonging to the head of Zhytomyr Catholic Diocese. The museum exhibits tools of Upper Palaeolithic, weapons, crafts etc. Connoisseurs of art would be interested in the art collection of Western European paintings C16th-19th. Visit the Art Gallery, which is located in this museum as wonderful works of Italian masters of the Late Renaissance won’t remain indifferent anyone. The museum exhibits paintings of Annibale Carracci, Luca Giordano, Giacomo Francesco Cipper, Peter Paul Rubens, Anthony van Dyck, as well as representatives of schools of Paolo Veronese, Titian, Leonardo da Vinci, Rembrandt, Jan Asselijn and others. Experience the beauty of art and authors’ message while visiting the museum!

A mysterious place on the bank of the Teteriv River will help you to feel the beauty of nature and have a rest far from the city noise – Holova Chats’koho Rock, a natural monument, which was formed as a result of granitic rocks’ weathering. The rock resembles a face in profile. According to the legend, Cossack Chats’kyi tried to escape from his persecutors – the Tatars. With no chance to escape, he jumped ahorseback into the river and died.

For several centuries, tasty Zhytomyr beer has been brewed there, so those who like this drink are well advised to sample it in Zhytomyr. Back in the 19th century one of the first colonies of Zhytomyr – Kroshni – was founded. Two Czechs Jansen and Mahachek founded the Slavic Brewery on the river Kamianka in 1878. The time passed and this plant has become the leading manufacturer of this drink in Volhynia.

Visit this cosy green city and experience its special energy! 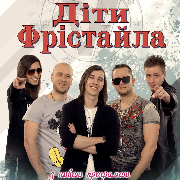 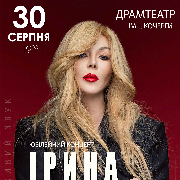