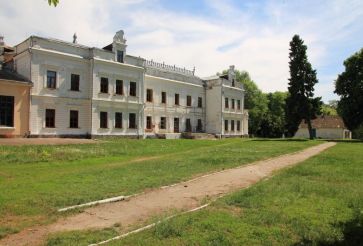 Palace Tereshchenko is a two-storey building made of brick, in its volume asymmetrically. Tereshchenko family bought the castle in 1848 princes Berzhinskih.   Palace on its territory has a fleet, which preserved ancient oaks, cedar, and the only one in his copy cork.

During the Civil War the building was the headquarters of the First Cavalry Army, headed by Budyonny. To this day, the imprint of history keeps a balcony above the entrance, remember all his speech to the enormous. Currently the building is high school.

Visit your spare time family park estate Tereshchenko to feel the spirit of the era of the 19th century. The architectural complex of the estate, even over time, keeps the memories that took place on its territory events.

What is the best accessible to the Palace Tereshchenko from: