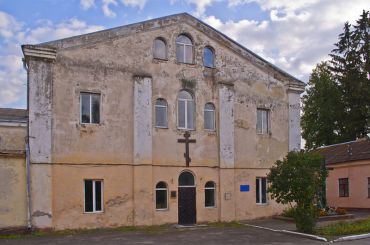 City Lutsk, Volyn region which is just teeming with monuments and medieval culture. One of these is the monastery brigitok. Before reconstructions and restorations, it was a two-storey building in the form of the letter T, it is an important link in the fortification of the castle. To the east, belonged to the monastery church; In addition, here there was a school for children of the nobility.

The history of the monastery brigitok in Lutsk

It all began with the elder Albrecht Radziwill, who became chancellor of Lithuania, presented in 1624 his palace in the southern part of the Roundabout castle novices St. Brigid. After more than two centuries, in the middle of May 1845, a fire broke out in the monastery, when, because of a chimney beginning to smolder, and then broke the roof. Since worldly (and even more - men) novices were not allowed on their territory, and were themselves unable to cope with the fire, the fire was transferred to the city, destroying a fair amount of homes. It is not surprising that the nuns away with the estate of the monastery in damages.

As property Lutsk, in 1890, the monastery was turned into a prison, and as the building stayed until 1960. It was said that here in 1941, the NKVD carried out executions of prisoners, whose number ranged from two to four thousand.

In the center of Lutsk is a historical and cultural reserve Old Lutsk, which includes the aforementioned Roundabout Castle.

Beautiful and interesting for its history the oldest Church of the Intercession, built in the 13-15 century Lithuanian Prince Witold.

How to get to the monastery brigitok

The monastery is located at Lutsk, st. Cathedral 16. To get here, you need to walk down the street Dragomanov. When he reached the river, turn left and then go down the path about 50 meters on the left side on a hill to see the monastery brigitok.

What is the best accessible to the Monastery brigitok from: