Henichesk located on the Azov Sea, where emerging Arabat Spit . Through the thin duct constructed bridge that connects the braid and the actual city. Henichesk is a resort town, so at the height of the summer season is always crowded.

Resort area Genichesk gained popularity due to the affordability and bad infrastructure. These often come with children, because the Azov Sea is quite shallow and the water warms up quickly. The composition of sea water and unique geothermal, mud and brine lake Siwash have healing effect in diseases of the musculoskeletal, nervous and endocrine systems, skin and blood vessels. 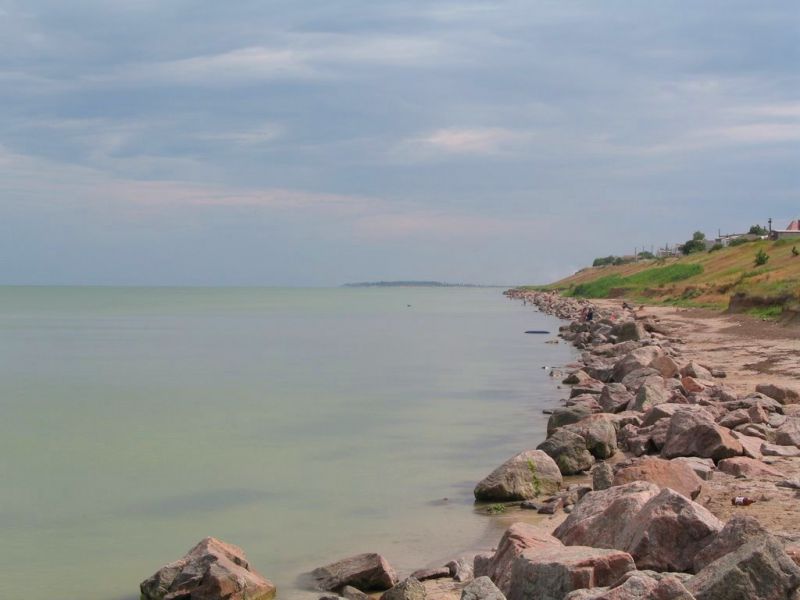 The first mention of Genichesk date back to 1474 year. In the Gulf of Saline there was a settlement. The name of the city and the bay comes from the Turkic "dzheniche", which means "thin." There is historical information that a full life in the Gulf has existed in the 1st century BC.

In the modern city were often fighting and war different rulers and states. According to the military card in 1772, the troops of Prince Vladimir Dolgorukov got on the peninsula and surrounded by modern Feodosiya , thereby freeing the land from the Turkish army. In the same year Henichesk already was ruled by the Russian Empire. Since then, the city has seen a lot, it took part in various wars until the 20th century. Since 1903 is Henichesk city.

Henichesk is a city of regional importance and belongs to the Kherson region. It is the administrative center Genichesk district. It is home to over 25,000 people, most of whom are Ukrainian, Russian and Crimean Tatars.

What to visit in Genichesk

By Genichesk can reach by train, car or bus and end point can be Novooleksiyivka village.
Henichesk has direct rail connections from Kyiv , Dnipropetrovsk , Zaporizhzhya . You can use the train stations Zaporizhia, Melitopol and Novooleksiyivka. 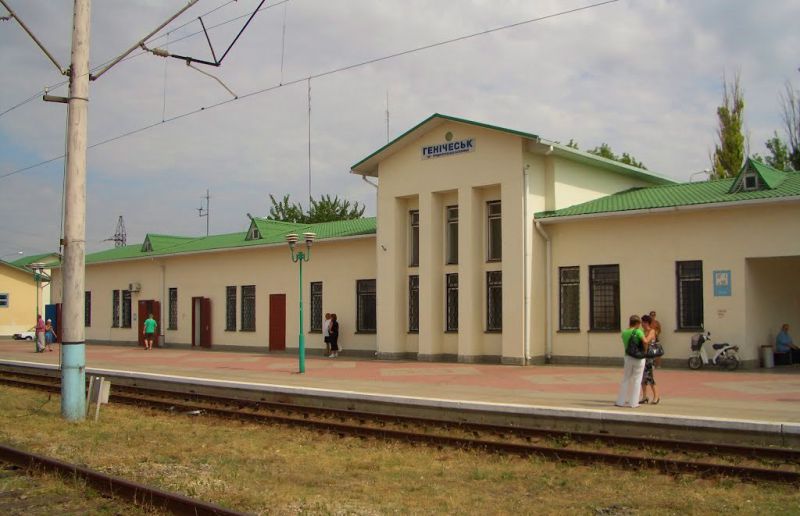 Getting to Genicheska of Novooleksiyivka distance is 17 km. From the railway station you can go by train, which runs several times a day. Here, in the square, stopping buses on Genichesk, service buses and private boarding a taxi.

Transport in Genichesk: in Genichesk is well developed bus system and taxis. Arabatskaya arrow from the bus station walk urban buses. By destinations can also be reached using the shuttle.

Rest in Genichesk inextricably linked to the Arabat Spit. Accommodation is offered in recreation centers, hotels, camping and the private sector.

In the recreation Genichesk, resorts, camping along the beach. Well-developed private sector, which offers accommodation in mini-hotels, homes, apartments. Cost of living comfortableness and depends on the state of housing. Accommodation in suits families with children. Yard area often equipped playgrounds. The city has a beautiful park, a large collective farm market with berry-fruit variety and various fish, infrastructure, located near by medical institutions.

Pensions and recreation facilities are also located in the vicinity along Genichesk and Arabat Spit, which is a village Henhorka, Schastlivtsevo, Strilkove. Vacationers provided accommodation in multi buildings, wooden cottages, summer houses in rooms with different levels of comfort. The property class "luxury" in the cottages may have their own veranda and sea views. Spa facilities provide nutrition for comfort tourists are on site infrastructure. Some hostels provide rent tents in their territory at the beach.

Fans of "wild" holiday can install tents in the camping or at the beach empty of Arabat Spit.

The space Genichesk town beach can get out of Quay Street, down the wide concrete staircase with multiple kiosks. Sand is delivered annually at the beginning of the season, it is soft with a slight turning rakushok. The beach is equipped with canopies are various rides and entertainment. It is also called "child" as shore shallow, two-meter depth starts a hundred meters and virtually no waves. The bottom is flat, sandy, without plants. In the season of many people on the beach. 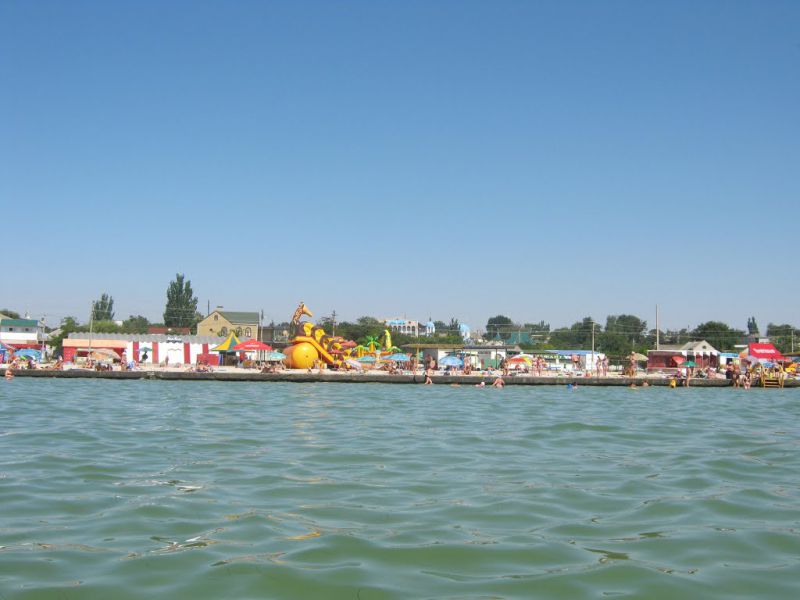 Vacationers who prefer less busy beaches, can walk on the wild beach. It is located in other parts of the coastline of the city. The beach is narrow and with a bit of sand, unequipped, the descent is steep, the water there are large boulders. Some pensions ennobled their beach area.

Many tourists prefer to ride on the beach Arabat Spit, which is bordered on one side Azov Sea and Sivash Bay on the other. In spit beach is quite flat, shallow, composed of sand and small rakushok.

The favorable geographical location and weather fast and good warm shallow sea of ​​Azov in Genichesk, so you can attend from early May to late autumn. On hot days, the water is heated to 30 ° C.